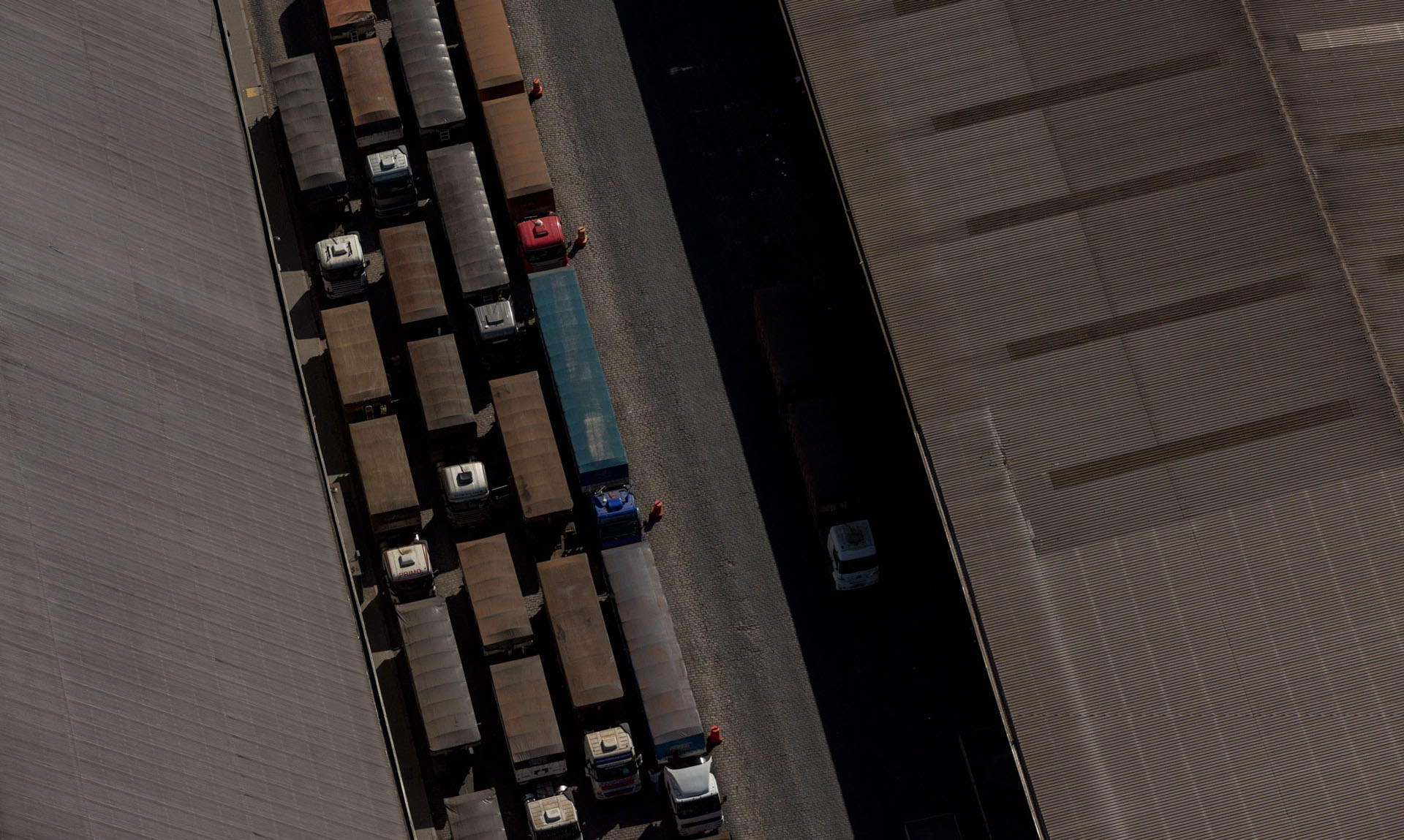 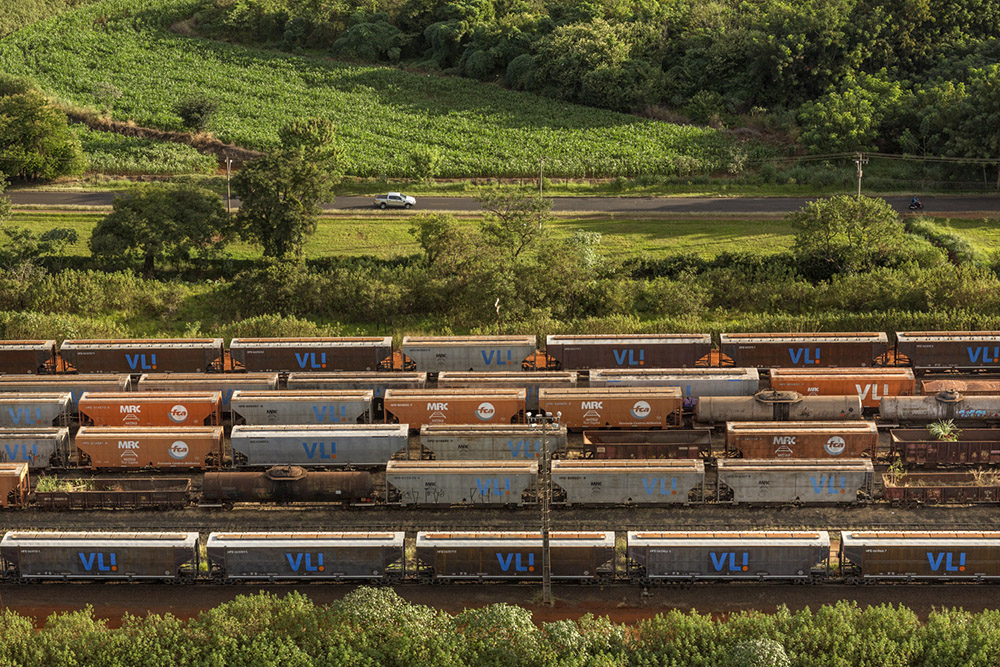 The value of logistics

Logistics and sales are at the heart of Copersucar operations. In its business model, unique in the industry, the company does not have production assets, but rather contracts for the purchase of sugar and ethanol, having production mills as its main suppliers. Allowing these products to reach markets and clients in dozens of countries around the world requires a complex logistics infrastructure, integrated by its own transshipment terminals and warehouses and contractors, as well as a broad network of outsourced road and railway transport in the domestic market, and maritime transport for foreign sales.

The company’s logistics assets became even more strategic when Alvean began operation in the last quarter of 2014, when the joint venture recently created with Cargill began concentrating direct service to clients in the foreign market, using Copersucar’s storage and transport infrastructure for handling and exporting sugar.

This remarkable increase in demand for logistics services has led Copersucar to manage the area as a business unit—a development that reinforces the growing weight of these assets in the company’s operations and results, and opens the opportunity to expand its operations in the sugar and ethanol markets, as well as of various other agro-industrial products, including grains.

In the biennial, the first results of major investments were noted, especially those intended for the Copersucar Sugar Terminal (TAC), in Port of Santos (SP), and the construction of the Copersucar Ethanol Terminal (TCE) in Paulínia, SP, as well as measures to increase efficiency and productivity of logistics processes.

The TAC operated at full capacity in the last crop year (Read more in “Ready for new challenges,” in this report). The TCE began operation in September 2014. In February 2016, this terminal received authorization from the National Petroleum, Natural Gas, and Biofuels Agency (ANP) to operate the pipelines connected to the Petrobras refinery in Paulínia, SP, Replan. In both cases, and for the company’s two main products, completion of the construction work and the beginning of operations of these assets have significantly increased the competitive advantage and the potential gains for Copersucar in this essential activity.

The Copersucar Sugar Terminal at Port of Santos (SP) began operating at full capacity in March 2015, at the turn of the crop year, reaching 4 million tons of sugar shipped.

Initiatives for maximum efficiency and technological updating of equipment and processes have been implemented, such as:

Finally, Copersucar reviewed all of the TAC’s risk claims management and improved its procedures and controls.

In the 2015-2016 crop, the TAC reached its record in handling products, with the shipment of 6.2 million tons. Sugar continued to be the main product handled, but operations with large volumes of soybeans and corn carried out for other clients contributed to the good result. Handling of grain at the TAC, which started in July 2015, totaled nearly 1 million tons at the end of the crop year.

One of Copersucar’s challenges for the next biennial is to adapt the entire supply chain to the high operational standards established for the terminals, including reduction or mitigation of the social and environmental impacts identified.

Concerns for the rational use of water and energy can be noted in the TAC’s environmental performance, achieved by continuous reductions in consumption in recent years as well as actions toward efficiency. The adoption of an environmental awareness process for employees and service providers contributed to reducing use of water. The terminal also implemented a mechanized sweeping system that cleans yards and access roads to the terminal through a dry cleaning process. Awareness campaigns, installing information signage, and lectures on the subject are also part of this initiative. These improvements are aligned with the company’s sustainability and cost reduction practices. Electricity consumption has also been reduced as a result of adopting more efficient equipment and awareness campaigns. One example is the use of LED lights in all warehouses, a measure that also mitigates operational risks.

To ensure the adoption of best practices in this area, Copersucar monitors the potential social and environmental impacts of the operation of its four sugar and ethanol terminals (Santos, Paulínia, Ribeirão Preto, and São José do Rio Preto). The company also established an action plan with 14 priority actions aimed at mitigating operational risks. These actions have been initiated and are progressing according to the proposed schedule. 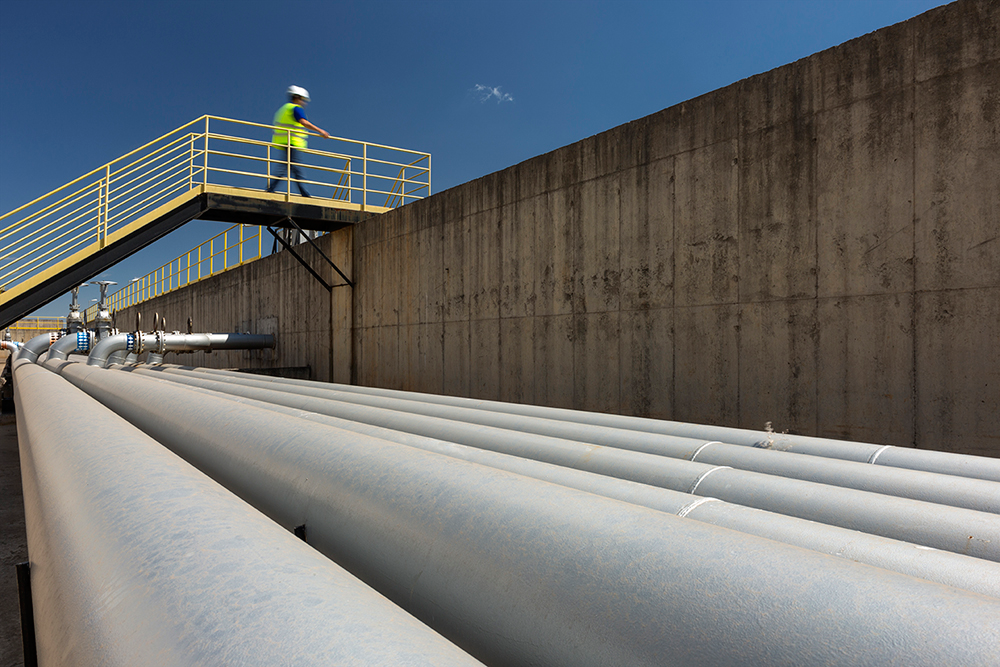 Two other multimodal terminals that are part of Copersucar’s logistics network, located in Ribeirão Preto and São José do Rio Preto, in the state of São Paulo, had their operations outsourced. In December 2015, the Ribeirão Preto Multimodal Terminal began to be operated directly by Copersucar in order to replace an outsourced operation. Thus, the terminal employees were hired by Copersucar. The change reflects the understanding that the logistics operation is one of the company’s essential competencies and requires close management. (G4-13, G4-EC8)

Updates on maintenance, safety, environment, and control procedures are in progress, with noticeable results in reducing costs and increasing productivity. Regarding the São José do Rio Preto Multimodal Terminal, new investments are being made, including in a project to automate the flow of information in sugar weighing processes.

Also at the Ribeirão Preto Multimodal Terminal, a project to expand the railway loop, name given to the railway lines available to park and load the cars in a train, was completed in crop year 2015-2016. The larger the space available, the faster and more efficient is the railway loading operation, which is reflected in higher product handling capacity and lower freight costs. With the expansion of the railway loop, the Ribeirão Preto terminal had its parking and loading capacity increased from 59 to 89 cars—the equivalent to almost a whole train in maximum configuration, which will provide operational gains to the unit.

At the end of 2014, Copersucar decommissioned the Container Loading Terminal (TEC) in Guarujá, SP, due to changes in the configuration of port assets in Santos, which shifted the flow of container ships to the right margin of the port, rendering the operation of the TEC, located on the opposite margin, uneconomical. (G4-13)

Changes in economic conditions also caused a reorientation of another of Copersucar’s important investments in logistics: the construction of a pipeline to transport ethanol between the producing regions of São Paulo, Minas Gerais, and the Midwest, and consumer centers of the Southeast. Some of the largest energy and infrastructure groups in the country participate in the project through Logum Logistics, a company set up to build and operate the ethanol pipeline in which Copersucar has 20% interest. The section of the equipment already completed starts in Uberaba, MG and Ribeirão Preto and extends to Paulínia, in the Petrobras refinery, where it connects to the Copersucar Ethanol Terminal (TCE), which was completed in September 2014. (G4-13)

In February 2016, Copersucar obtained final approval from the National Petroleum, Gas, and Biofuels Agency (ANP) to start the operation of the two pipelines at the TCE in Paulínia, allowing the location to begin full operation, with the capacity to handle up to 2.3 billion liters of ethanol per year and store 180 million liters. These pipelines, 1.8 km long each, connect the terminal to Replan, the Petrobras refinery, also in Paulínia.

In addition to economic advantages and operational efficiency, the transport of ethanol by pipeline provides significant environmental benefits to the production and distribution chain of this biofuel. The main advantage is taking a large number of diesel tanker trucks off the highway, with a corresponding reduction in CO2 emissions. The volume of ethanol transported through pipeline in the 2015-2016 crop corresponds to 10,972 road trips that were avoided. (G4-EN27, G4-EN30)

Copersucar invests in different modes of transport in order to provide integrated logistics solutions that are most appropriate for each situation. Highway transport is one of these modes and is the subject of two projects—Traffic Center and Strategic Sourcing—that are part of the Evolution Portfolio, developed since the beginning of 2015 in order to increase the efficiency of internal processes.

The Traffic Center monitors the trucks transporting sugar, enabling greater visibility in the phases of loading at the mills, hauling, and unloading at the TAC, where the scheduling system was implemented. Thus, idle time was reduced, with productivity gains. There were also gains by automating 100% of the tax assessments for the loads. (G4-EN27, G4-EN30)

The Strategic Sourcing program optimized contracts, generating a number of advantages for the company, such as better quality, efficiency and agility in services. In crop year 2015-2016, the program allowed the company to reduce costs by BRL 7.7 million.

The company increasingly utilizes railways in its logistics operations, due to the environmental, operational and economic advantages of transport on rails. In the 2015-2016 crop, there was an increase in the use of this type of transport compared with the highway mode. By choosing trains, Copersucar collaborates with traffic on Brazilian highways and reduces emission of greenhouse gases (GHGs). (G4-EN27, G4-EN30)

Distribution of modes of transport
used by Copersucar(G4-EN30) 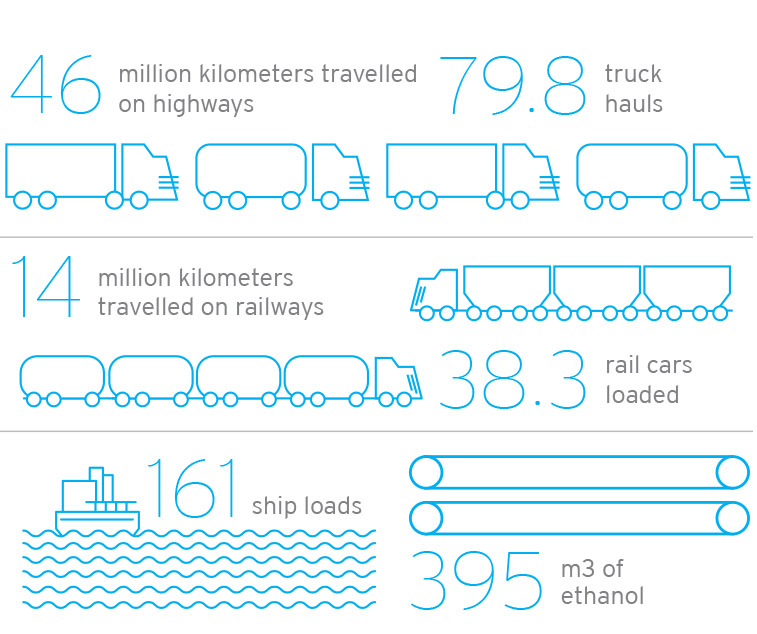 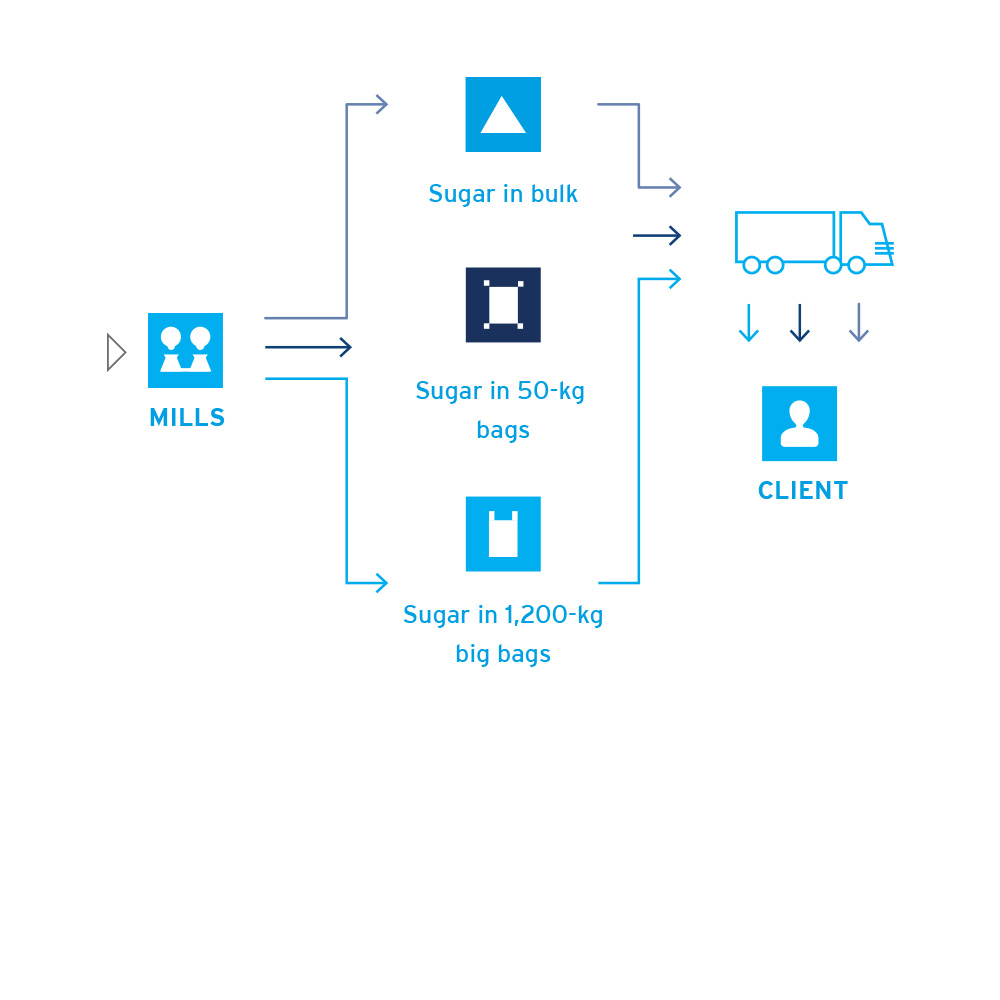 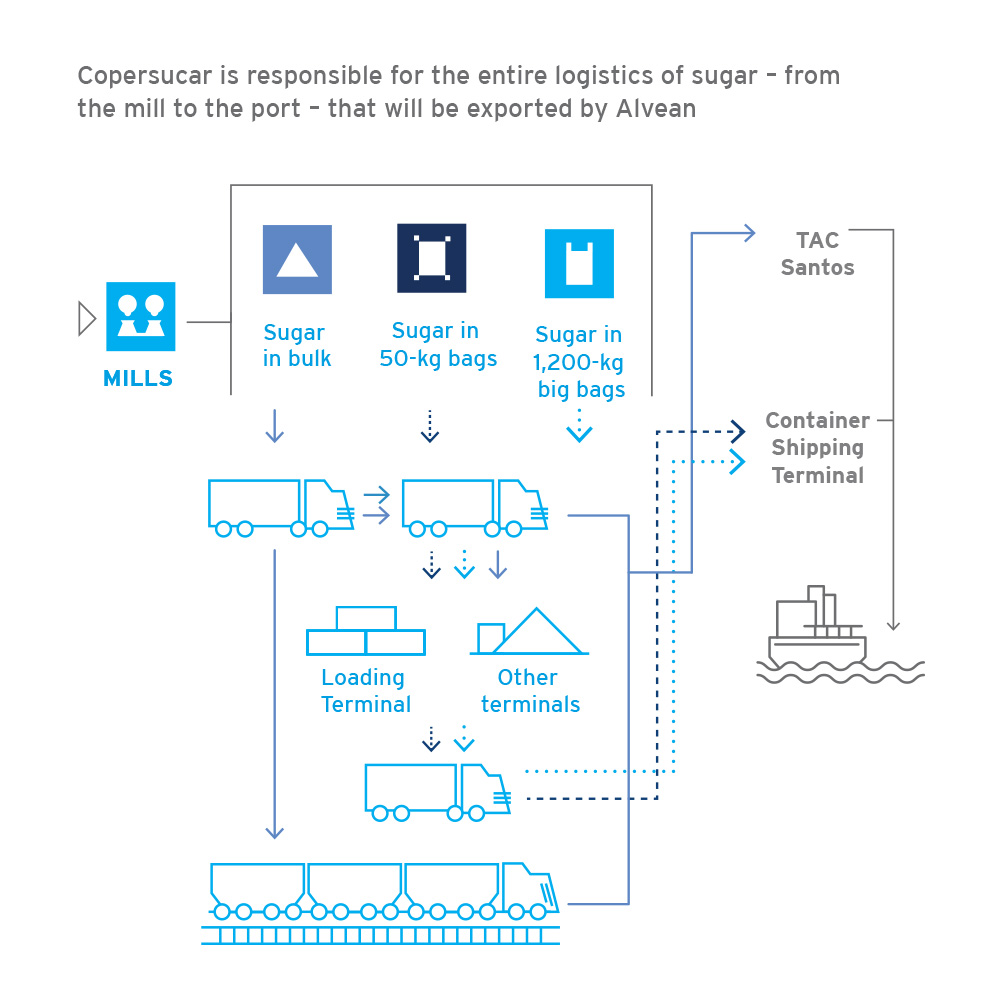 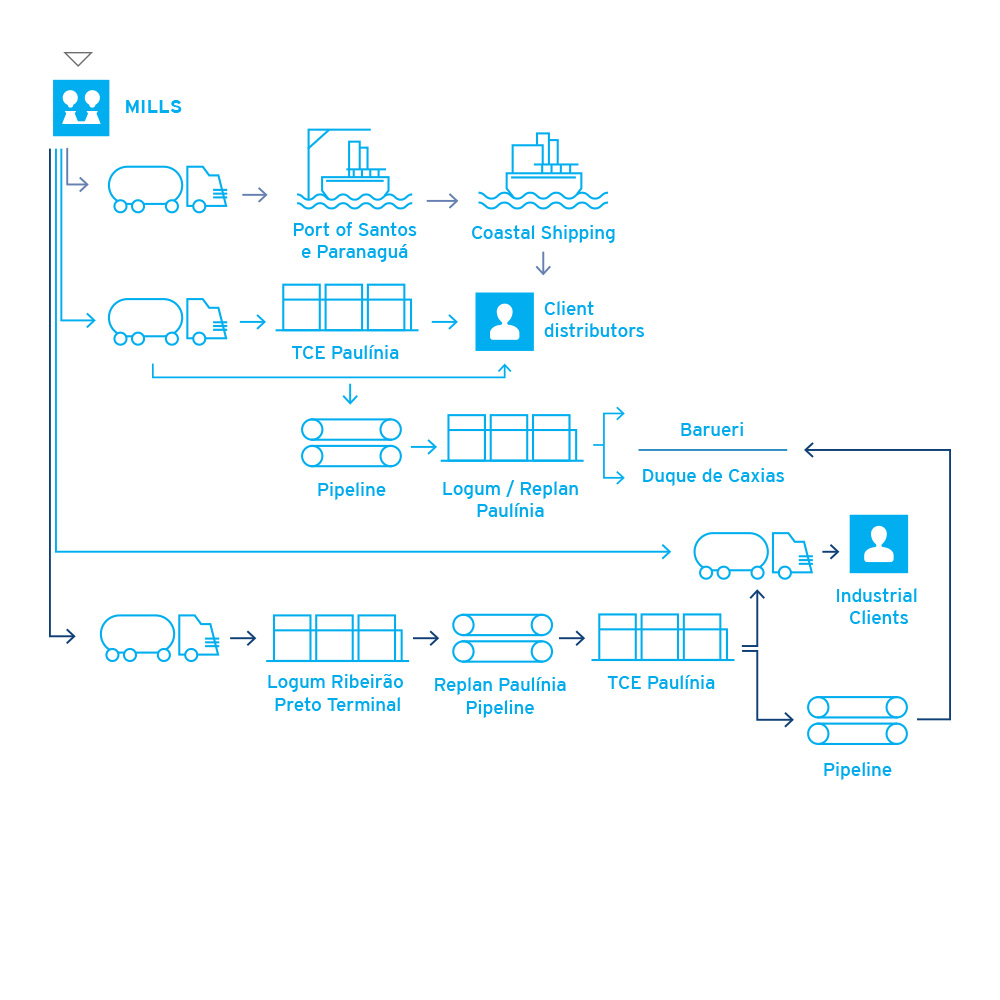 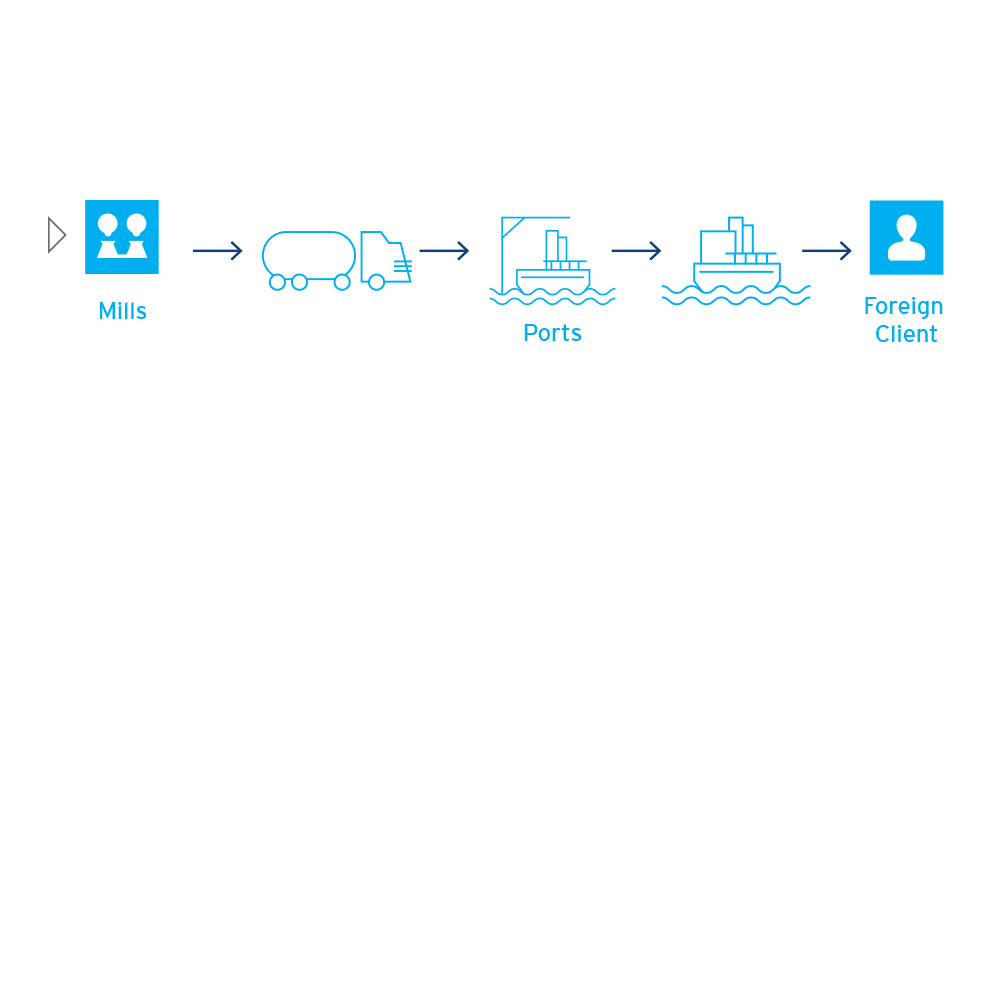